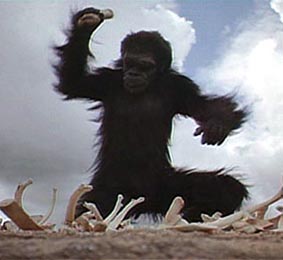 Students stormed the stage at Columbia University's Roone auditorium yesterday, knocking over chairs and tables and attacking Jim Gilchrist, the founder of the Minutemen, a group that patrols the border between America and Mexico. Mr. Gilchrist and Marvin Stewart, another member of his group, were in the process of giving a speech at the invitation of the Columbia College Republicans. They were escorted off the stage unharmed and exited the auditorium by a back door. … The student protesters…booed and shouted the speakers down throughout. They interrupted Mr. Stewart…. A student's demand that Mr. Stewart speak in Spanish elicited thundering applause and brought the protesters to their feet. The protesters remained standing, turned their backs on Mr. Stewart for the remainder of his remarks, and drowned him out by chanting, "Wrap it up, wrap it up!" … On campus, the Republicans' flyers advertising the event were defaced and torn down.4

Analysis of the Example

Appeal to force refers to the use of force and, by extension, the use of threats of force, or intimidation, to "win" an argument by preventing the other side from presenting its case.

There are two types of logical error that may be involved in appeals to force as indicated in the Taxonomy above:

Analysis of the Example: The example is an instance of the second type of appeal to force, that is, the use of force and the threat of it to prevent the other side of an argument from being heard.