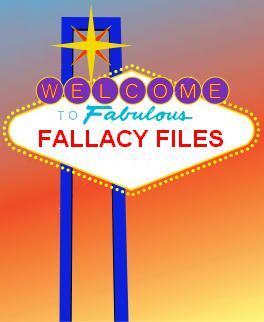 A fair gambling device has produced a "run"―that is, a series of similar results, such as a series of heads produced by flipping a coin.
Therefore, on the next trial of the device, it is less likely than chance to continue the run.

On August 18, 1913, at the casino in Monte Carlo, black came up a record twenty-six times in succession [in roulette]. … [There] was a near-panicky rush to bet on red, beginning about the time black had come up a phenomenal fifteen times. In application of the maturity [of the chances] doctrine, players doubled and tripled their stakes, this doctrine leading them to believe after black came up the twentieth time that there was not a chance in a million of another repeat. In the end the unusual run enriched the Casino by some millions of francs.3

To understand statistical independence, try the following experiment. Predict the next member of each of the two following sequences:

Many gambling games are based upon randomly-generated, statistically independent sequences, such as the series of numbers generated by a roulette wheel, or by throws of unloaded dice. A fair coin produces a random sequence of "heads" or "tails", that is, each flip of the coin is statistically independent of all the other flips. This is what is meant by saying that the coin is "fair", namely, that it is not biased in such a way as to produce a predictable sequence.

Consider the Example: If the roulette wheel at the Casino was fair, then the probability of the ball landing on black was a little less than one-half on any given turn of the wheel. Also, since the wheel is fair, the colors that come up are statistically independent of one another, thus no matter how many times the ball has fallen on black, the probability is still the same. If it were possible to predict one color from others, then the wheel would not be a good randomizer. Remember that neither a roulette wheel nor the ball has a memory.

Every gambling "system" is based on this fallacy, or its Sibling, the Hot Hand Fallacy. Any gambler who thinks that he can record the results of a roulette wheel, or the throws at a craps table, or lotto numbers, and use this information to predict future outcomes is probably committing some form of the gambler's fallacy.

The Gambler's Fallacy and the Hot Hand Fallacy have two distinctions that can be claimed of no other fallacies:

From a tax court decision:

"On those days when he was at the casinos, [he] spent 8 to 48 hours continuously in the casinos, averaging approximately 10 hours per day. While at the casinos, [he] exclusively wagered on slot machines…. On the rare occasions when he left the casino with any money, [he] would bring the money back to the casino the following day, and he would then gamble with, and eventually lose (either the next day or shortly thereafter), that money.

"[He] lived with his girlfriend…. [She] went with [him] to the casinos and watched him gamble away his money. While watching [him] gamble, [she] saw that he did not get excited and did not enjoy playing the slot machines. … In or around 2003, [she] ended her relationship with [him] as he was never home because of his pathological gambling disorder. After she moved out of [his] home, he did not notice that she was gone until 2 or 3 days later."5

Why did he behave in this mind-boggling and tragic way? According to a psychologist called as an expert witness:

"…[The expert witness] testified that, unlike recreational and problem gamblers, pathological gamblers take the 'gambler’s fallacy' to a delusional level―they believe if they gamble long enough, they will win back all their losses and even more. [The expert witness] also opined that, unless treated for his illness, [the gambler] will gamble until he dies or loses all his money."6

Here's a note of warning for future litigants:

The Respondent should've cited The Fallacy Files, instead! If there really is a difference in the definition of "the gambler's fallacy" in psychology as opposed to math, I haven't heard of it, but I'm no psychologist. The Wikipedia entry for the fallacy at the time of the decision is actually reasonably accurate, but the judge couldn't be expected to know that, which is why he was right not to rely on it.8

Q: Isn't there a sort-of fallacy embedded in the form of the gambler's fallacy, which is that it depends on the gambling device being "fair", something which (I submit) is technically unknowable and at best inferred through a series of trials? Put another way, while it is a fallacy to expect something other than a chance outcome for the next trial on a fair gambling device, I don't think it's a fallacy to expect a different-from-chance outcome on an unfair device. What if the actual reasoning that occurs "in the wild" and at Vegas is something like this?

P: A series of events has occurred which would be highly-improbable if the device is fair.
C: The device is (probably) not fair.

A: You're right that we test randomizers for fairness primarily through trials, but that's not the only consideration. A die will be a good randomizer if it's a cube and evenly weighted, which can be tested by direct measurement. However, it isn't necessary that it be perfect. No physical randomizer will ever be perfectly fair; for instance, no die will ever be perfectly symmetrical or absolutely evenly weighted. As with other mathematical laws―as well as scientific laws in general, and even the laws of logic―the laws of probability apply to the physical world only approximately. But if a randomizer approximates fairness closely enough, then the gambler's fallacy is, indeed, fallacious. So, to be perfectly precise, the form of the fallacy should be expressed in the following way:

An approximately fair gambling device has produced a "run".
Therefore, on the next trial of the device, it is significantly less likely than chance to continue the run.

There was a famous "man who broke the bank at Monte Carlo"9 who studied the roulette wheels in the casino and discovered that one seemed to favor certain numbers. By betting those numbers, the man was able to amass a small fortune. When the casino realized what he was doing, it switched the roulette wheels around at night while the casino was closed, and the man began to lose heavily. Nowadays, you can bet that casinos around the world have learned the lesson, which is why there has been no "man who broke the bank" since the 19th century.

However, consider how the man who broke the bank reasoned: Certain numbers on the wheel had come up more often than expected. Therefore, the man bet on those numbers! According to the Gambler's Fallacy, he should have bet against them because it was the other numbers on the wheel that were overdue. Rather than the Gambler's Fallacy, his reasoning actually took the form of its sibling, the Hot Hand Fallacy; that is, he bet that the run would continue.

In cases such as the Monte Carlo one, it may be reasonable to conclude that a gambling device is not fair based upon a highly improbable series of results. In those rare cases, the Hot Hand form of argument is not fallacious. The Gambler's Fallacy, in contrast, always is.

Want to try if your calculations on the gambling games work? Find a nice online gambling website for your region and shoot your luck on one of the better 3D casino games out there.

Tired of going all the way for Vegas for the fun of gambling? Did you know there are online casinos offering live gambling games where you can see and hear the croupiers? Gambling from your home is getting better and more exciting, even when the VR devices are upcoming.