It's that time of year again: time to reflect back on what happened in the last 365 days, and count ourselves lucky that Nostradamus was wrong once again1. As bad as the year was, it could have been worse―a lot worse. Here is what happened this year according to Nostradamus, or more accurately, "Nostradamus", that is, someone passing off his or her predictions as those of the famed "seer". Let's start with some of the more reasonable predictions:

Now, let's move on to the more colorful and risky predictions2:

As is usual for such prophecies, not only did the predicted events fail to occur, but the interesting and surprising events of the year make no appearance. Where is the Russian invasion of the Ukraine? The end of the pandemic? Elon Musk buying Twitter? The overturning of Roe v. Wade? The Red Wave that turned into a ripple? The Big Freeze of December? Donald Trump selling superhero trading cards of himself9? Well, that last one's a little implausible, so I can see why "Nostradamus" went with the robot war.

One reason why I write about these silly predictions is that the tabloids that publish them never look back at the failures of their prophets. However, in an article published just a few days ago, the British tabloid newspaper Mirror claims that three prophecies of Nostradamus came true this year10:

That's all for this year. For next year, prepare for more droughts, floods, riots, a new new Pope, and the promised cannibalism. After this year, it sounds positively restful. 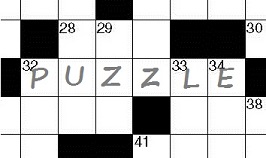 Santa Claus and the Evil Elf

Every Christmas, Santa Claus gives special gifts to the best children on his "Nice" list. This year the special gift for good little boys and girls was a toy reindeer made from a troy ounce of solid gold. However, it was rumored that an elf in Santa's workshop was shorting the toys and keeping the unused gold for himself!

Santa did not know whether the rumor was true, but he was determined to find out. Moreover, if there was a bad elf in his workshop, he intended to discover the miscreant. Ten elves were working to make the small but valuable toys. How could he find out whether one of the elves was shorting the toys? Santa refused to believe that more than one bad elf worked for him, and in this he was right. However, he kept his knowledge secret so that the thieving elf, if there was one, would continue making the lighter toys.

Also in his workshop was a large scale that could weigh items precisely to the gram. The scale was large enough that it could weigh as many as sixty of the small toys at one time. How could Santa use the scale to determine whether there was a thieving elf, and which of the elves was the culprit?

Extra Credit: What was the minimum number of weighings that Santa needed to determine if gold was missing and to identify the thief?

First, Santa numbered the elves making the toys from one to ten; then he took one toy from elf #1, two toys from elf #2, three from elf #3, and so on, up to ten from elf #10. He put as many of these toys as would fit in the scale and, by counting the number of toys in the scale, he knew how much they should weigh. How much they weighed less depended on how many of the lighter toys were included in the weighing, and how many were included would reveal which elf was the thief. For instance, if the toys weighed six grams less than they should, that would mean elf #6 was the guilty party. Luckily, it turned out that the toys weighed exactly what they should and that there was no evil elf.

Extra Credit Solution: Since the scale could weigh up to sixty toys at a time, Santa was able to solve the mystery with only one weighing, because the total number of toys he weighed was 55.

Disclosure & Disclaimer: This puzzle is a work of fiction. The puzzle is based on a traditional one usually involving the weighing of gold coins.

* Kerry Picket, "Lee Zeldin passes on run for RNC chair, urges Ronna McDaniel to step aside for new new leadership", The Washington Times, 12/7/2022. This is a link to a copy of the page from the Internet Archive. The Times subsequently edited one of the "new"s from the headline.

It's not completely new, but I've extensively revised the old article "How to Read a Poll", adding new sections on sub-samples and the closeness of many elections, as well as an appendix on the distinction between percentages and percentage points. Check it out:

How to Read a Poll

While writing an entry last month1, I had an experience that I thought I should share in this series on easily confusible words. Initially, I wrote the following sentence: "Given that so few years are involved, it would be just as well to forgo a graph and simply compare the rates among the years." Reading over the sentence, I had the vague feeling that "forgo" was misspelled, so I added an "e" to get "forego". At that point, I went on writing the rest of the entry, but later as I was reviewing what I had written, I once again had that nagging feeling that "forego" was misspelled. So, finally, I decided that I might as well consult a dictionary.

To my surprise, I discovered that neither word was misspelled; instead, they are two distinct words with two different meanings. "To forgo" is a verb meaning to do without something2, which is what I originally wrote and intended. In other words, I meant that under the circumstances discussed in the entry, it would be just as well to do without a graph. "To forego" is also a verb, but it means to go before something3, which would make little sense in the context in which I wrote it.

The "for(e)go" distinction is one that a spell-checking program will not notice, since both are English words. Moreover, both words are verbs, so a grammar-checking program is unlikely to catch the substitution of one for the other. I tried several online checkers, none of which found anything wrong with the example sentence, with or without the "e".

As if that isn't bad enough, some dictionaries give "forego" as an alternative spelling of "forgo"! Given the already considerable danger of confusing these two homophones, I suggest forgoing "forego" for the "do without" meaning by remembering to do without the "e". Also, remember that "to forego" is to go before.