The windows could use washing, too.

A couple of poll-watching items:

Here's an example of a type of question from the "Logical Reasoning" portion of the LSAT:

If Lucy studied harder for the LSAT, she would have greater self-confidence. As a result, she would have better self-esteem, and would eventually be glad that she worked harder. In addition, her outlook on law school would improve. Therefore, Lucy's confidence will increase if she devotes herself to more intense study for the LSAT.

Which of the following passages uses reasoning most similar in form to the one above?

Bonus: Identify the fallacy committed by both passages.

Benjamin Radford, who writes a "Bad Science" column for Live Science, has an article on a misleading study of teen date violence. It sounds like a typical example of advocacy research:

There's also the problem of definitions. The study includes being called names or being put down as abuse. By this definition, if anyone you have been involved with has ever put you down or criticized you, you were in an abusive relationship. With such a broad definition, the high abuse rates found are hardly "shocking."

The use of low redefinitions to generate "shocking" statistics is common to studies which are sponsored by advocate groups.

A well regulated Militia, being necessary to the security of a free State, the right of the people to keep and bear Arms, shall not be infringed.―Second Amendment to the United States Constitution

Suppose that I say: "I see a dog in the backyard. The dog in the backyard is black." In the first sentence, "a" occurs, whereas in the second sentence "the" occurs. The first, "a"-occurrence, is the "antecedent" of the second, "the"-occurrence, that is, the second sentence refers back to the dog introduced by "a" in the first sentence. However, if we compare this to the second amendment, there is no antecedent in the constitution itself.

However, some definite descriptions don't need an antecedent, or any other context, to pick out a unique object. For instance, the phrase "the first person to use an umbrella" refers to a unique person even though we don't know who it was.

So, what is the upshot of these considerations for interpreting the second amendment? It's possible that the drafters of the amendment believed that the right to keep and bear arms was a natural right that, therefore, existed prior to the drafting of the amendment. However, I think it more likely that the relevant natural right would be the right to self-defense, which might justify or ground the constitutional right to keep and bear arms.

A better explanation of the use of a definite description to refer to the right is simply that it is unique; in fact, it's not clear what could be meant by more than one such right since, presumably, one is enough. If one right to keep and bear arms doesn't protect you, why would two or more do so? So, I think that it's a mistake to place any great weight upon the use of the word "the" instead of "a" in the amendment, since there is a good reason for the use of the definite article other than the possible pre-existence of the right.

A new Newsweek poll is out and, unsurprisingly, it shows Obama with a three percentage-point lead over McCain. Recall that last month's poll from the same magazine had Obama with a fifteen point lead (see the Resources below), and was one of two outlier polls showing him with a double-digit lead. All other polls from about the same time period had Obama with a low single-digit lead, and the current poll is now in line with the other polls.

Also unsurprisingly, Newsweek's report spins the poll as showing a big drop in support for Obama, and speculates about various factors that might account for the drop. In all likelihood, Obama's lead is roughly the same as it was during the last poll and there has been no real drop.

At least the article includes the following passage:

Obama's overall decline from the last NEWSWEEK Poll, published June 20, is hard to explain. Many critics questioned whether the Democrat's advantage over McCain was actually as great as the poll suggested, even though a survey taken during a similar time frame by the Los Angeles Times and Bloomberg showed a similarly large margin. Princeton Survey Research Associates, which conducted the poll for NEWSWEEK, says some of the discrepancy between the two most recent polls may be explained by sampling error.

The only other poll mentioned is the other outlier; unmentioned are the half-dozen other polls at about the same time that had contrary results. We may never know what the problem was with these two polls, but PSRA may be right. As I explained in "How to Read a Poll?" (see the Resources below), one in twenty polls can be expected to be in error by greater than its margin of error. During this campaign season, there may be as many as twenty polls in a month or two, so we should expect at least one outlier in that time frame.

This also illustrates a problem with these media-sponsored polls: when a news organization such as Newsweek pays for a poll, they never want to admit that it might be in error. Moreover, they are reluctant to mention the many other polls sponsored by their competitors, especially if those others cast doubt upon their own. Yet, the best way to get a good idea of what's happening is to compare all the recent polls, rather than to concentrate on just one.

The first blurb in the newspaper ad for the new movie Gonzo (see above) isn't the usual contextomy; in fact, I haven't seen the actual review, which doesn't appear to be available on the web. Instead, there's a different problem with this blurb: the quoted review is from Vanity Fair magazine, which is edited by Graydon Carter. Graydon Carter also happens to be the producer of Gonzo. So, instead of quoting out of context, the blurb appeals to misleading authority of the third kind, that is, a reviewer who has a conflict of interest.

Todd Riniolo, a psychologist, has a book out called When Good Thinking Goes Bad, which has a highly positive blurb from Michael Shermer―hopefully, he isn't quoted out of context. Of course, I'd love to receive a review copy. 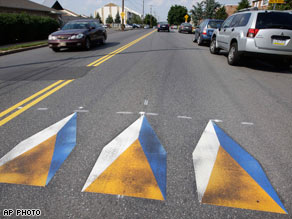 Next Installment:
Chapter 3: Following the Herd

Answer to LSAT Logic Puzzle 5: 4.
Bonus: Both arguments are circular.